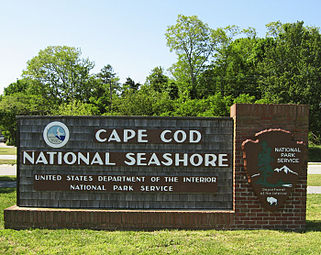 The advisory commission was created at the same time as the Cape Cod National Seashore to mollify concerns about the federal government controlling some 44,000 acres of beaches and bogs that stretch from Chatham to Provincetown.

The commission is composed of representatives from the surrounding six towns, as well as the county, state, and the US Interior Department.

The group has a long history of helping officials navigate a range of delicate issues, from preserving aging dune shacks to allowing vehicles on pristine beaches. But last week, commissioners learned that they must halt their meetings during a Trump administration review.

Delaney and other commissioners said they worry about the administration’s intentions, especially given the major cuts President Trump has proposed for the Environmental Protection Agency and his recent executive order to review the establishment of national monuments by his predecessors.

But a spokeswoman for the Interior Department said that the suspension is temporary, and that the commission would probably be cleared to resume its business this summer.

The pause gives Interior Department Secretary Ryan Zinke time to review the “charter and charge” of the Cape Cod commission and similar bodies, she said. The order affects more than 200 similar federal advisory bodies across the country.

“The secretary is committed to restoring trust in the department’s decision-making, and that begins with institutionalizing state and local input and ongoing collaboration, particularly in communities surrounding public lands,” Heather Swift, a spokeswoman for the Interior Department, said in a statement. The review also seeks to “maximize feedback” from committees and “ensure their compliance” with the federal Advisory Committee Act, she said.

She said concerns that the Trump administration may be seeking to dilute local input were misplaced.

“It is definitely not an attempt to weaken local voices,” Swift said. “This administration prioritizes local communities over special interests and bureaucrats, and the review is aimed at improving the process.”

Commissioners learned about the suspension last week from George E. Price Jr., the longtime superintendent of Cape Cod National Seashore, during his last week on the job. The story was first reported by the Cape Cod Times.

“It is ironic that the last actual message I am sending to all of you is to inform you that all Advisory Commission business . . . has been postponed at this time,” Price wrote the commissioners in an e-mail.

He had no further information about the decision.

“I assume this is related to the transition of the administration,” he wrote.

Many of the 10 commissioners, who for years have met with federal officials every other month to provide input and seek consensus, are skeptical about the administration’s intentions.

“This could be an attempt to clear the way for less public resistance to the broader exploitation of resources,” said Delaney, who was appointed chair during the Obama administration and could be removed from his position by new appointees.

The commissioners said the panel has helped Cape Cod communities maintain a healthy relationship with the National Park Service, which overseas the national seashore. While the panel’s rulings aren’t binding, the Park Service almost always heeds its advice, they said.

She recalled how officials from Russia’s park service visited a few years ago and marveled at the volunteer commission’s relationship with the government.

“What makes our country truly great is that we have great institutions, and now, it doesn’t seem that way,” Lyons said. “These institutions are fragile and could collapse.”

Maureen Burgess, who has represented Truro since 2011, noted that her fellow commissioners had already submitted to federal background checks and been approved by the Interior Department.

Commissioners have played a key role in policies approved by the Park Service, such as banning jet skis along the national seashore and off-road vehicles on most of its beaches. The panel also urged the state to require the Pilgrim Nuclear Power Station across Cape Cod Bay to do more to contain its spent fuel.

Muffling their voice, Burgess said, would amount to a significant loss for the community.

“It’s upsetting what has happened,” she said.